Looks Good On You, Mitch! 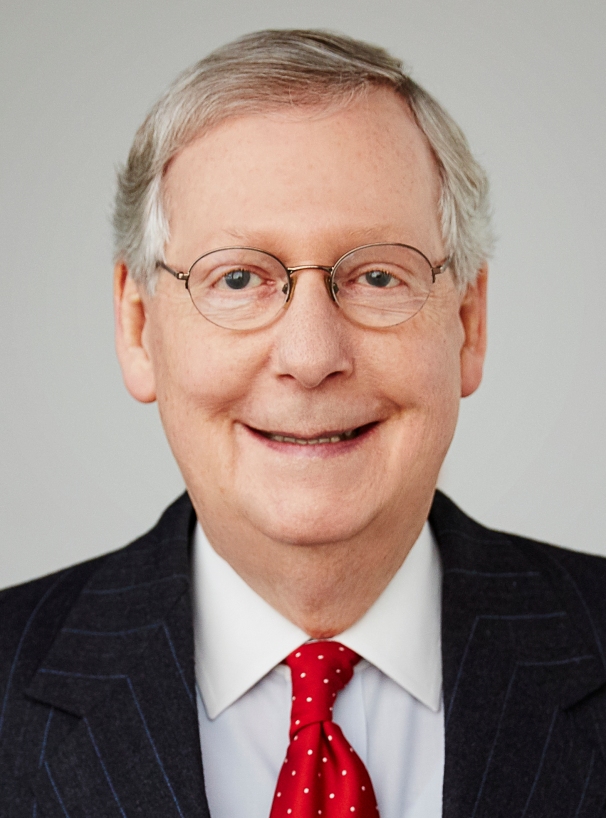 I kid you not. This guy runs the United States Senate.

I would never have believed it, but I’m giddy with glee at the Donald’s latest attacks on his own government. He’s had a go at the intelligence services, State, the Justice Department, and Jeff Sessions, bless his pointed little head. That’s all been sort of fun, but a little troubling, too. But this latest spewing of bile, ooohh, it’s the stuff of dreams. It’s wonderful. Praise be to Yahweh and Land o’ Goshen, now he’s gnawing at the ankles of Mitch McConnell.

I’ve despised McConnell since he declared, after Obama’s election, that his primary mission was ensuring that the new President didn’t get a second term. With that, he issued a fatwa that all but crippled what could have been the greatest presidency since Roosevelt. There would be no cooperation, not on anything. Whatever Obama came up with, he was against it, and would block it.

Now, I’m prepared to argue that that’s an unconstitutional position to take. His role as the ranking Republican in the Senate, and eventually Senate Majority Leader, was to advance the interests of his constituents and the larger United States. To stand there and declare, in advance, that no matter what the President came up with, he’d be sure to oppose it, was absolutely disgusting, and ran counter to his duties as an elected member of the legislative branch. It was a complete abdication of his obligtion to govern in the best interests of all Americans, including those who voted for the other side. It was cowardly, pandering, and spineless, and placed party above country, establishing the dysfunctional pattern that now plagues and undermines the modern Congress.

The rot may have set in when Newt Gingrich drew up his odious Contract With America, but it took Mitch to burn the whole crumbling edifice down to the scorched topsoil.

Bear in mind, Mitch has never achieved anything, nothing, except land himself in power. Obstruction became McConnell’s only purpose in public life, culminating in his refusal to allow any hearings on Obama’s appointment to fill the vacancy left on the Supreme Court by the departure of – ugh – Antonin Scalia. Again, this was blatantly unconstitutional. He out-and-out stole a Supreme Court appointment for the Republicans, and once Trump was safely in office, we got the reptilian abomination Neil Gorsuch instead of the eminently acceptable and middle-of-the-road Merrick Garland. This is a disaster that will haunt us for decades.

McConnell’s unabashed shattering of the rule of law crossed a sacred line. What Mitch broke with his Supreme Court shenanigans may never be glued back together. He doesn’t care, though. He got his way.

Every time Mitch sidles up to a microphone to mutter his banal obstructionist horse shit, I pray for things that I’d best not articulate here. There is nobody – not even Paul Ryan, not even Ted Cruz, not even Donald Trump himself, that I hate with a greater searing passion than that plodding, mendacious, low-down, scheming, Machiavellian poisonous tortoise, Mitch McConnell.

The thing about Mitch, and all Republicans, is that he has no idea how to govern. He doesn’t have a clue how to do anything. Standing there, blinking like a moron, trying to navigate between the few in his party still queasy enough to balk at all the cruelties he would visit upon his citizens, and the opposite wing of immoral toadies who don’t think Mitch is anywhere near cruel enough, the best he could come up with during the whole health care fiasco was to draft something in secret and hope to spring it on everybody for a vote before anyone had a chance to read it. It was a strategy that would have given pause to Putin. It was Third World. It was shameful, and as stupid as it was wrong. Thanks be to the Almighty, it crashed and burned.

So now, Der Trumpinmeister, incensed that he wasn’t presented with an Obamacare repeal and replace bill on January 21, is tweeting that McConnell is a feckless loser. And he’s right! God help me, Trump is right! The frigging Republicans did talk about nothing else but repeal and replace for seven years. They did promise they’d do it immediately upon obtaining power, every chance they got. They did vote to do so 50 or 60 times when they knew it didn’t matter because Obama would veto it. Then, when they finally grabbed the reins, and could do as they pleased, they did find themselves at a loss, having never thought about what a replacement for Obamacare would look like, or whether a straight repeal, cutting tens of millions off from their health care, was something they even dared try. They stood there atop their unassailable majorities with their dicks in their hands and their thumbs up their asses, while Mitch scratched his head to give his balls a break.

So you go, Donald! Go at him like a rabid toddler who found Mommy’s Smith & Wesson! Stamp your little feet and tweet your scathing venom in the wee hours! Call him out for the worthless pantload that he is! Inflame the base! Make Mitch wither under the scorching wrath of Trump!!

It probably won’t do any good. Mitch could probably give something less than a raggedy rat’s ass about anything a guy with a 36% approval rating has to say. Still, do it anyway. It’s fun to watch.

Oh, and Donny, I already told you – stop flapping your idiot gums at Kim Jong-un, will you? Shut the Hell up, and stick to your knitting. You’ve got plenty of unconscionable idiots at home to rant about, and none of them has the bomb. 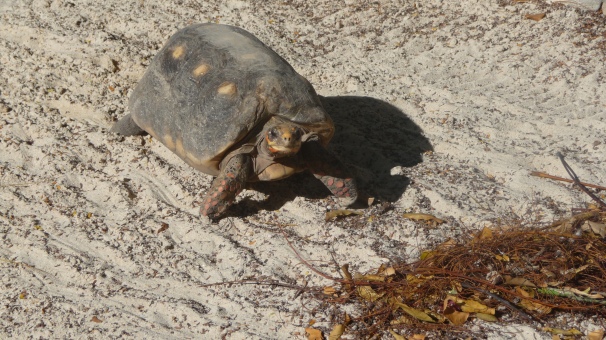 Not pleased, but lacks thermo-nuclear capability.