Before coming down to Nova Scotia, I installed a webcam in our Toronto living room, just so I could keep visual tabs on the place – redundant, really, because the alarm system will get in touch by text and email if anything untoward happens, but I thought it would be comforting.

It’s amazing what you can do for eighty bucks these days. Not only does the webcam have night vision, but it has a motion sensor, a facility for recording both still and moving pictures, a microphone for listening, plus a speaker so I can actually bark into my Toronto abode from here if I happen to catch anyone mid-theft. It even has a little motor so I can pan it through 360 degrees of azimuth and 120 degrees of elevation from here in Mahone Bay.

Not so comforting as hoped, though.

First, though I thought I’d unplugged everything, the picture reveals a glowing pair of indicator lights that shine 24 hours a day: 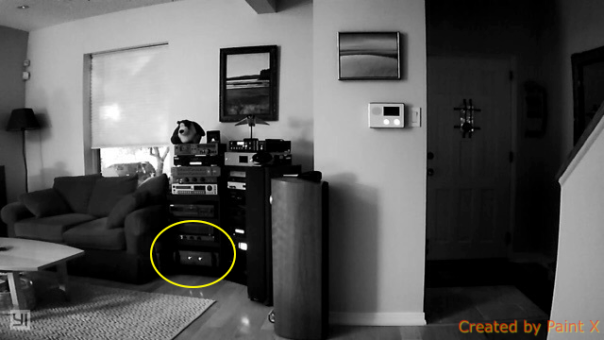 These are showing that both channels of my great big Bryston 4B SST stereo amplifier are fired up, so not only did I fail to unplug everything before leaving, but then a power outage occurred – when the electricity snaps back on, it powers up the amp for some reason, even though it’s been left turned off. The thing is, the 4B SST puts out between 300 and 500 watts a channel, and I don’t know what that means in terms of constant amps when it’s not driving speakers, but I do know that even when it’s just sitting there, powered up 24/7 doing nothing, it’s drawing a lot of juice and probably costing a hundred bucks a month in hydro. I guess I’ll see. D’oh!

That’s not what makes me sad though.

Avid readers of this column will remember Walter, AKA “dish-Walter”, my household mnemonic bear, whose presence on our counter reminds me to empty the dishwasher. During our absence, there weren’t going to be any loads of dishes to worry about, so I figured I’d prop him on top of the stereo as a sort of good luck charm, which seemed kind of whimsical and humorous.

Now, though, every time I tune in to make sure that things are in order, there’s Walter, all by himself, sitting there looking downcast and lonely. 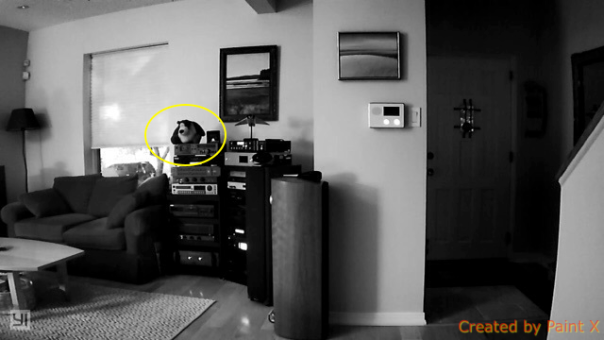 It tugs at my heart strings, this solitary figure standing watch day and night, especially when I log in after midnight and see him there in the night vision, as above. Poor Walter! All by himself, all day long, all night, nothing to do, no dishes to wrangle, nobody to remind. Unconscionable. I could have at least left him upstairs with the other bears, who have access to the home theatre remote and are probably watching Say Yes to the Dress all day (a bear favourite).

I’ve been calling him through the webcam speaker, but he’s clearly wounded and resentful, and pretending not to hear. Sorry buddy. I’ll be more considerate next time. Maybe take you on the road with us, so you can sit here with me and watch the ducks. Whaddya say? 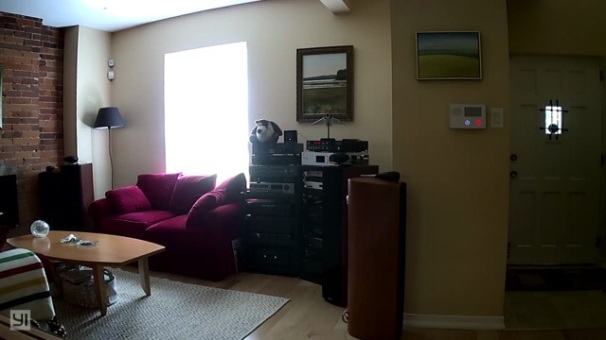